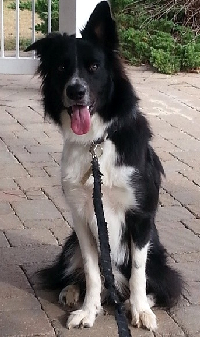 1) The Border Collie was originally bred to herd sheep near the borders of Scotland and England. They have great stamina, work ethic, and are very intelligent and therefore highly trainable.

2) When herding sheep or cattle, Border Collies crouch down and glare at the animals with an intense stare. They absolutely love herding.

3) Black and white is the most common color pattern, but they are known come in just about any color pattern that is possible in canines, including single color coats.

4) Around 2010 a Border Collie named “Chaser” was said to have learned 1,022 words, and was able to act on command to those words.

5) Border Collies are energetic, playful, and demanding, and are best suited for households with plenty of room to play and exercise. They may become neurotic if these conditions are not met.

6) It is said that many of the best working Border Collies today can be traced back to a dog named Old Hemp, pictured below, who lived from 1893 to 1901. 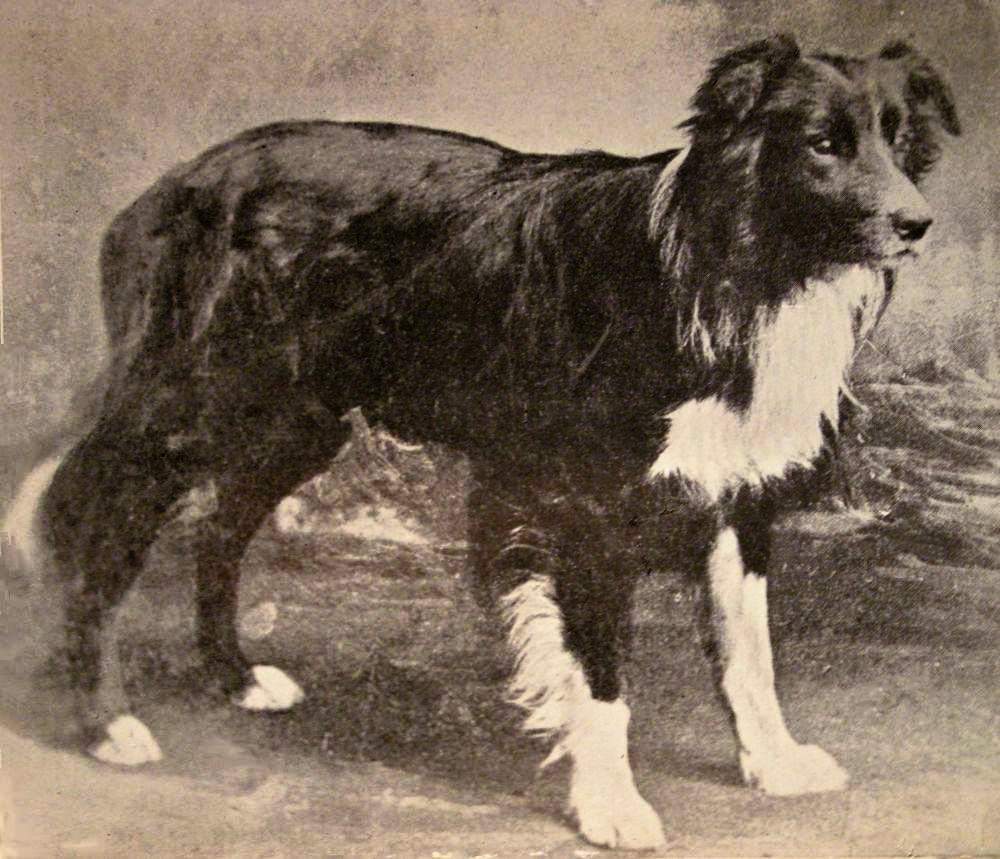 7) The breed excels at dog agility and sport competitions.

8) It is said that they need a job to do in order to be happy.

9) The high intelligence of Border Collies have made them a good choice to “act” in movies and TV.

10) A Border Collie named “Striker” holds the Guinness World Record for “Fastest Car Window Opened by a Dog.” He rolled-down the non-electric car window in 11.34 seconds. 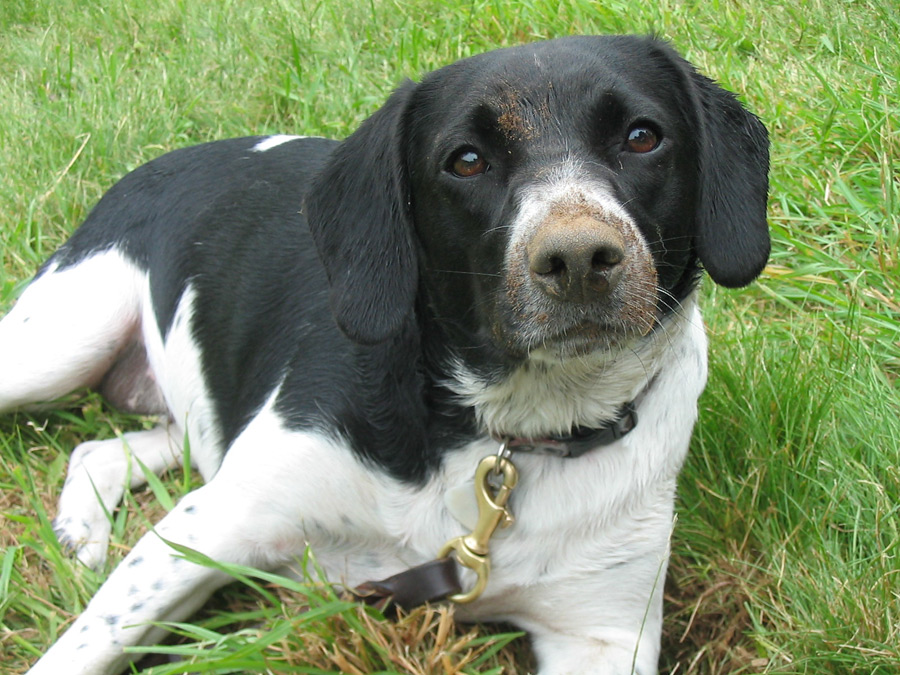 This is my dog Tey-ha after digging a big hole in the dirt at dog camp. She is a 1.5 year-old Border Collie mix. Submitted by Janie S. 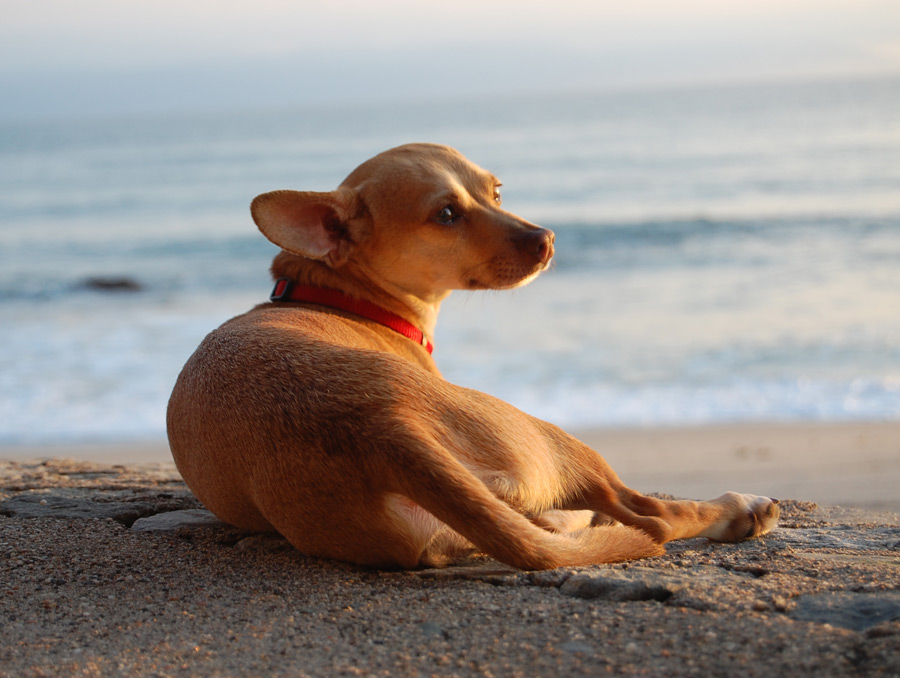 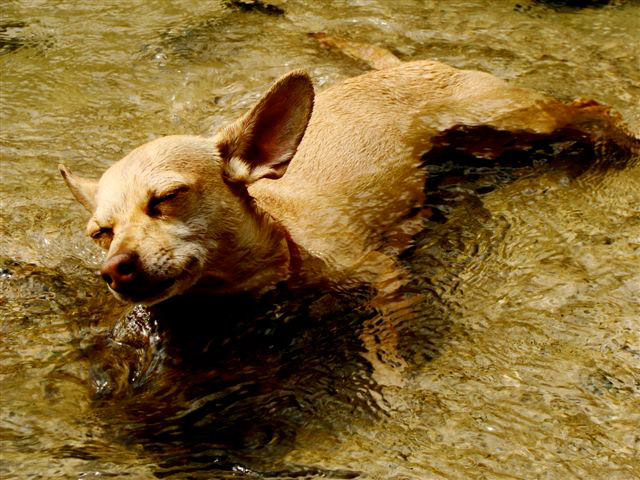 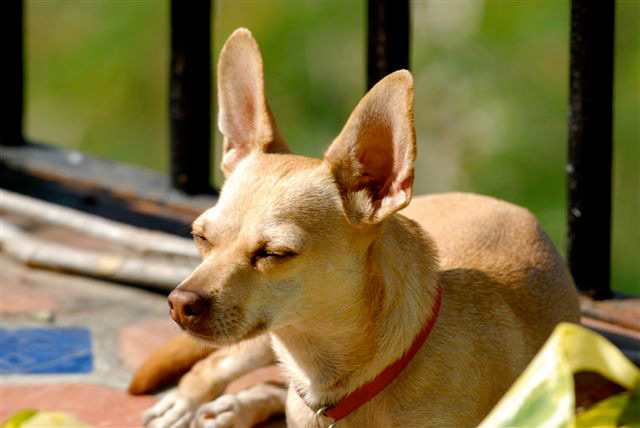 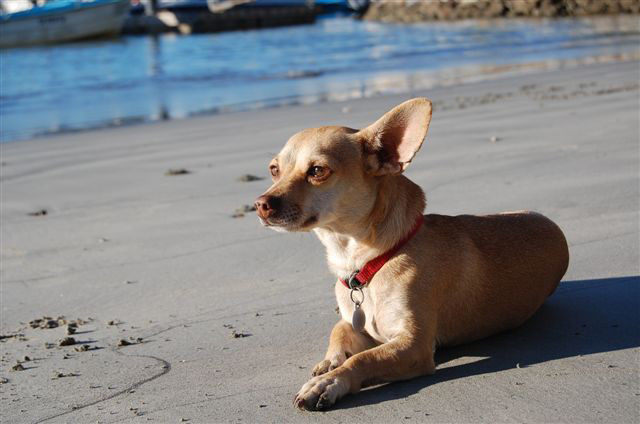 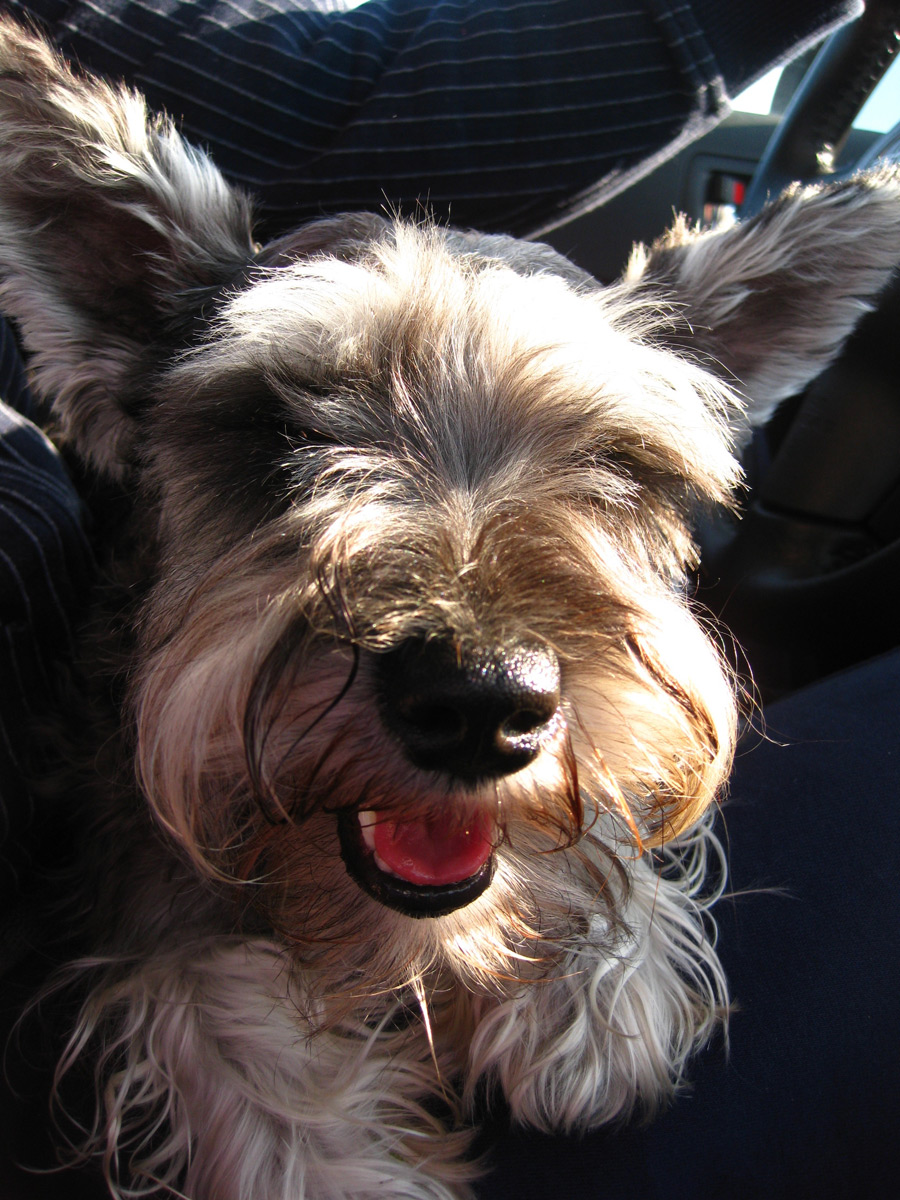 Batman is a cuddle monster by day and a super hero by night! Submitted by Akvile H. 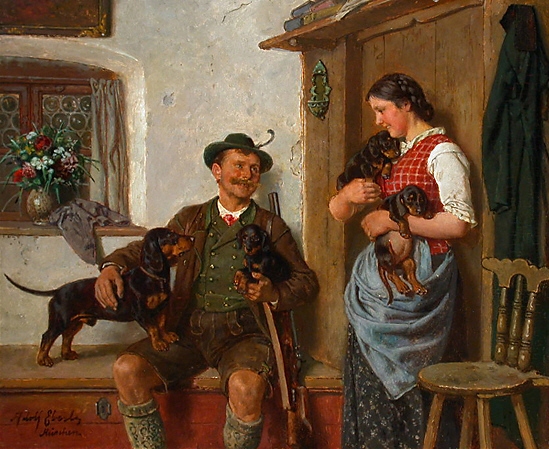 1) Dachshunds belong to the “hound” family of dogs, the smallest breed in that group, which is why some argue that they should be classified under the “terrier” group.

2) Today’s Dachshunds were originally bred to hunt small animals, and the name “Dachshund” is German and literally translates to “badger dog.”

3) Dachshunds are one of the Top 10 most popular breeds in the United States.

4) They are generally known to be very loyal to their owners, but standoffish and/or mistrustful of strangers.

5) Some experts have theorized and some evidence suggests that the early roots of the Dachshund breed go back to ancient Egypt. But the true origin of the breed is in dispute. 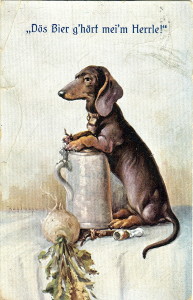 6) The breed is known to have as many as 12 (some say 15) different colors, and the coats can be smooth, long, or wire-haired.

7) Dachshunds generally come in three different sizes. Most are familiar with the miniature Dachshund at about 11-pounds, but it was the 32-pound standard size that got the name “badger dog.”

8) The third size is in between miniature and standard, generally around 12 to 18 pounds, and they are sometimes called “rabbit dachshunds” because they were bred to hunt rabbits and hares.

9) The Dachshund breed has a comparatively long life-span, with dogs often reaching their late teens.

10) They like to jump. It is suggested that owners hold them tight in their arms because they will often want to jump down, which can cause injuries to their long backs. 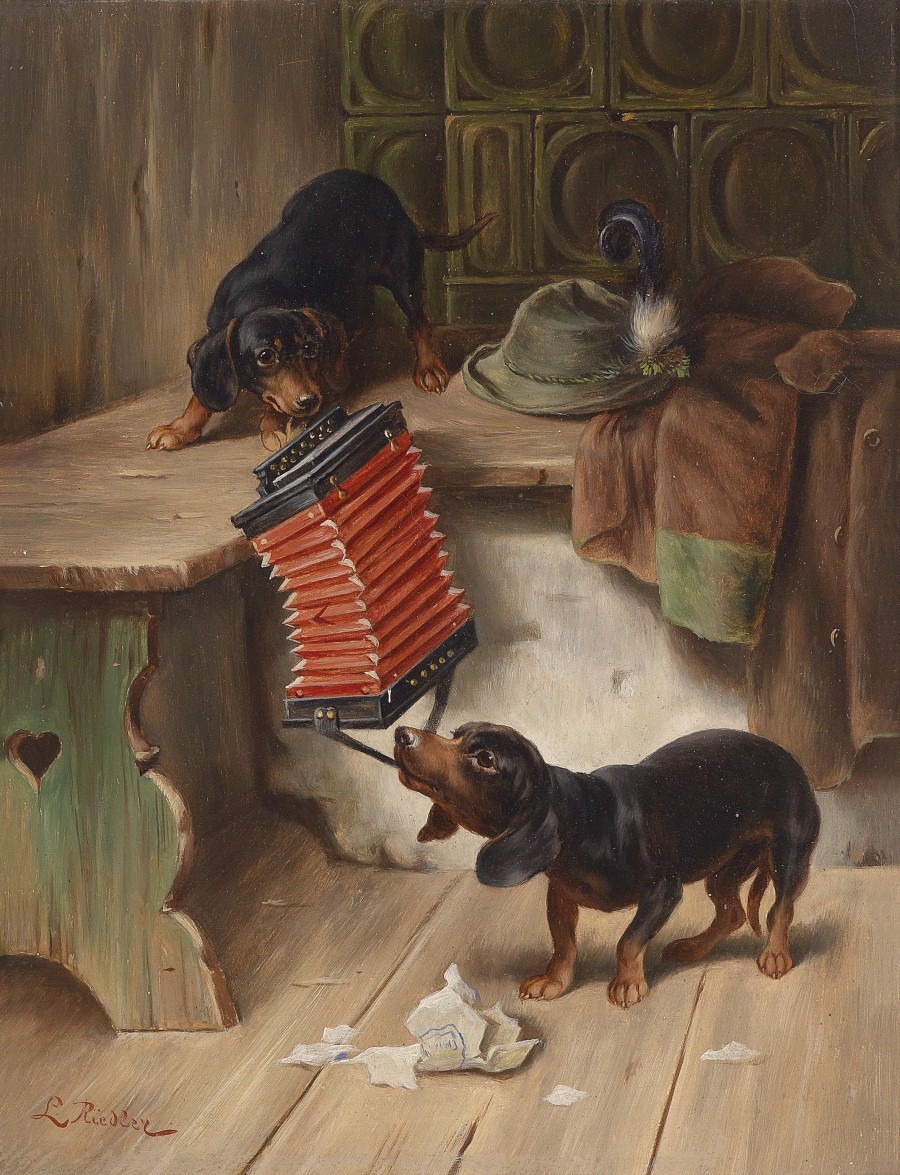 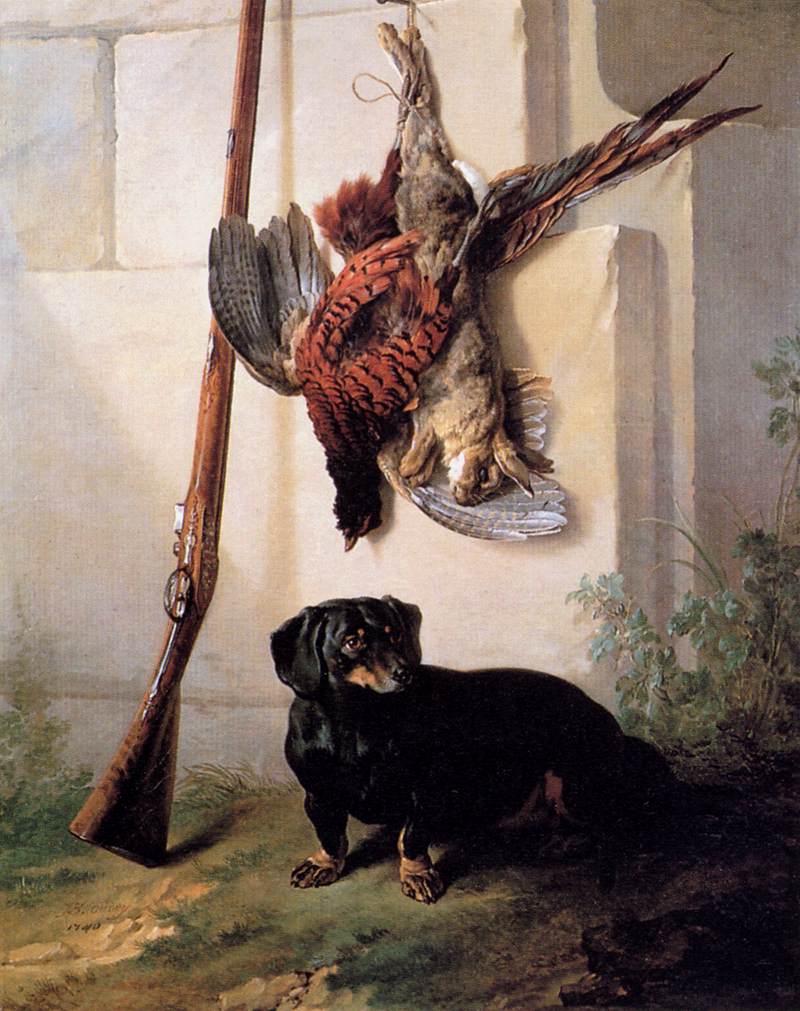 My girlfriend and roommate both work at a ballroom dance studio, and one of the students of the studio rescued a dog that was nearly hit by a car. And after a few weeks, lo and behold, the dog they rescued turned out to have been pregnant. After searching around for homes for the litter, we ended up with one of the pups, who we named Kieran which is Gaelic for “little dark one.” Submitted by Paul P. 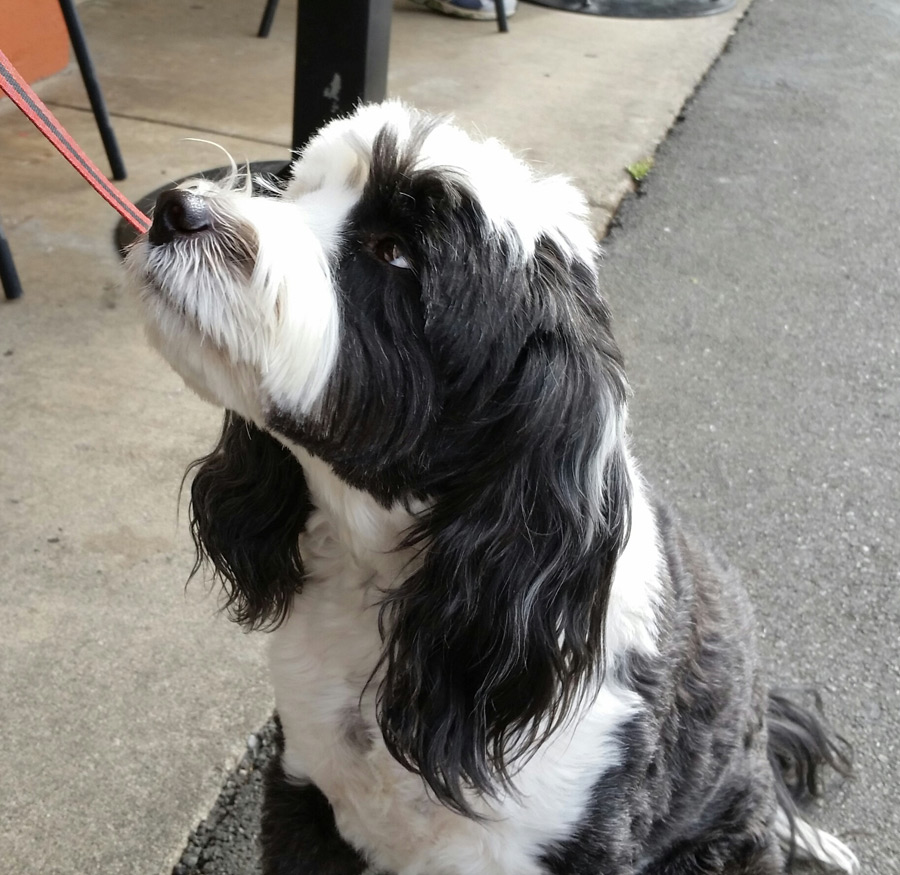 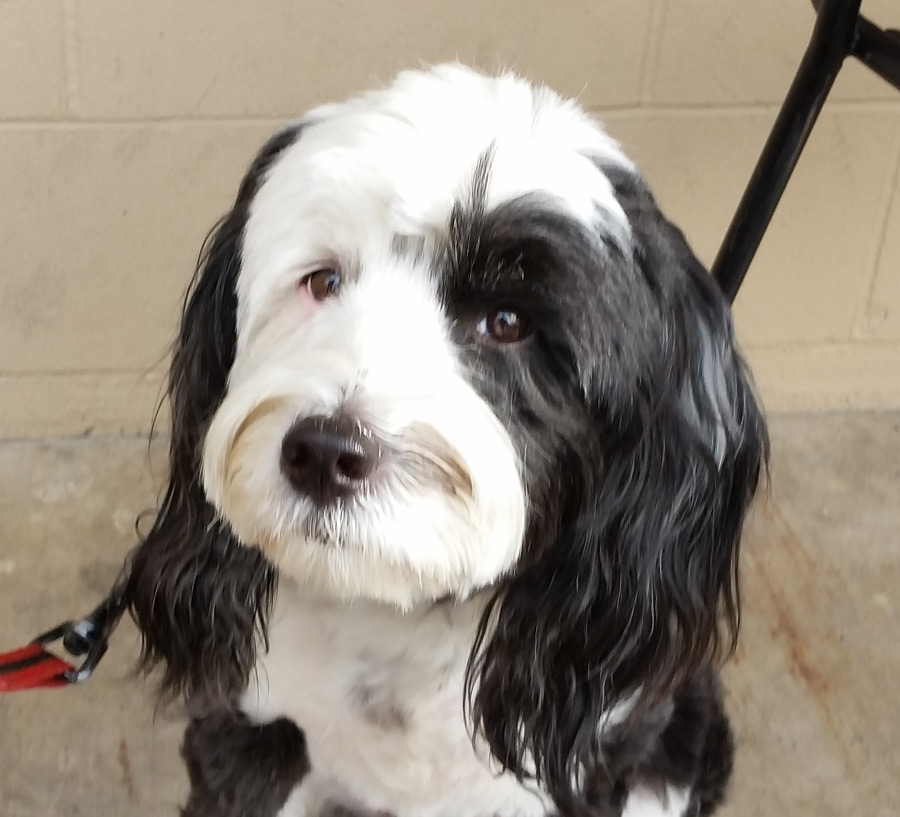 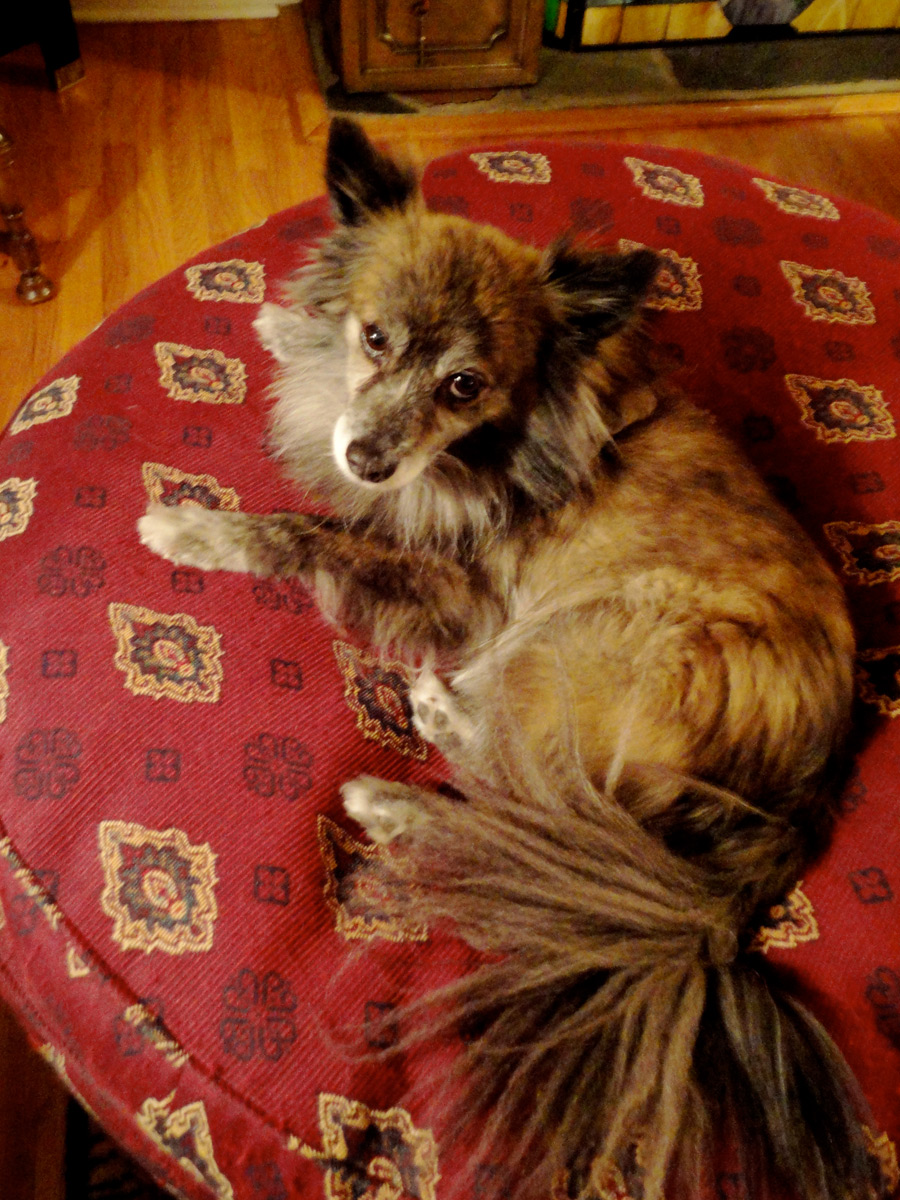 Toby’s favorite toy is a pair of light blue gloves. He also loves sitting on this chair because it is like a throne. Toby always enjoys spending his time hanging out with his family! Submitted by Arielle S. 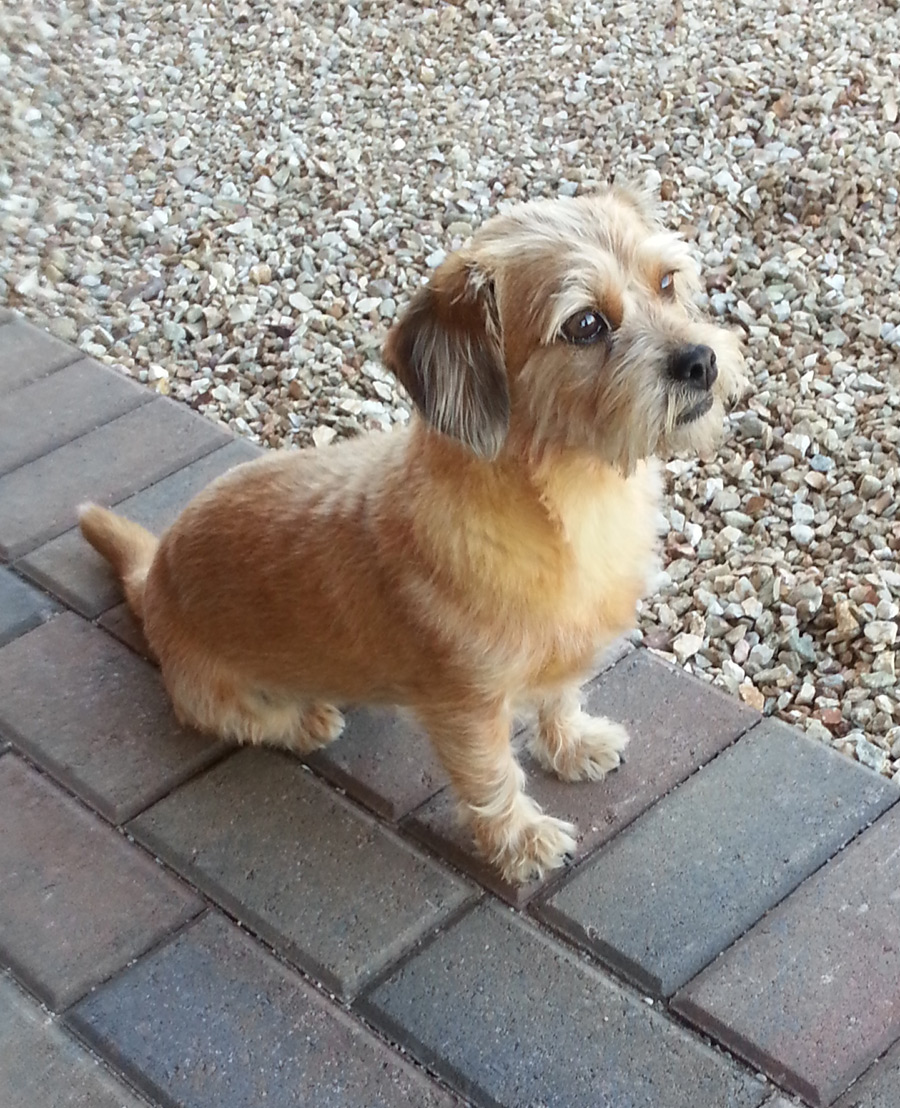 Submitted by Wendy S. Head on over to Pet Gear Lab if you’re wondering what to feed your Shih-Tzu, Dachshund, or mixie. 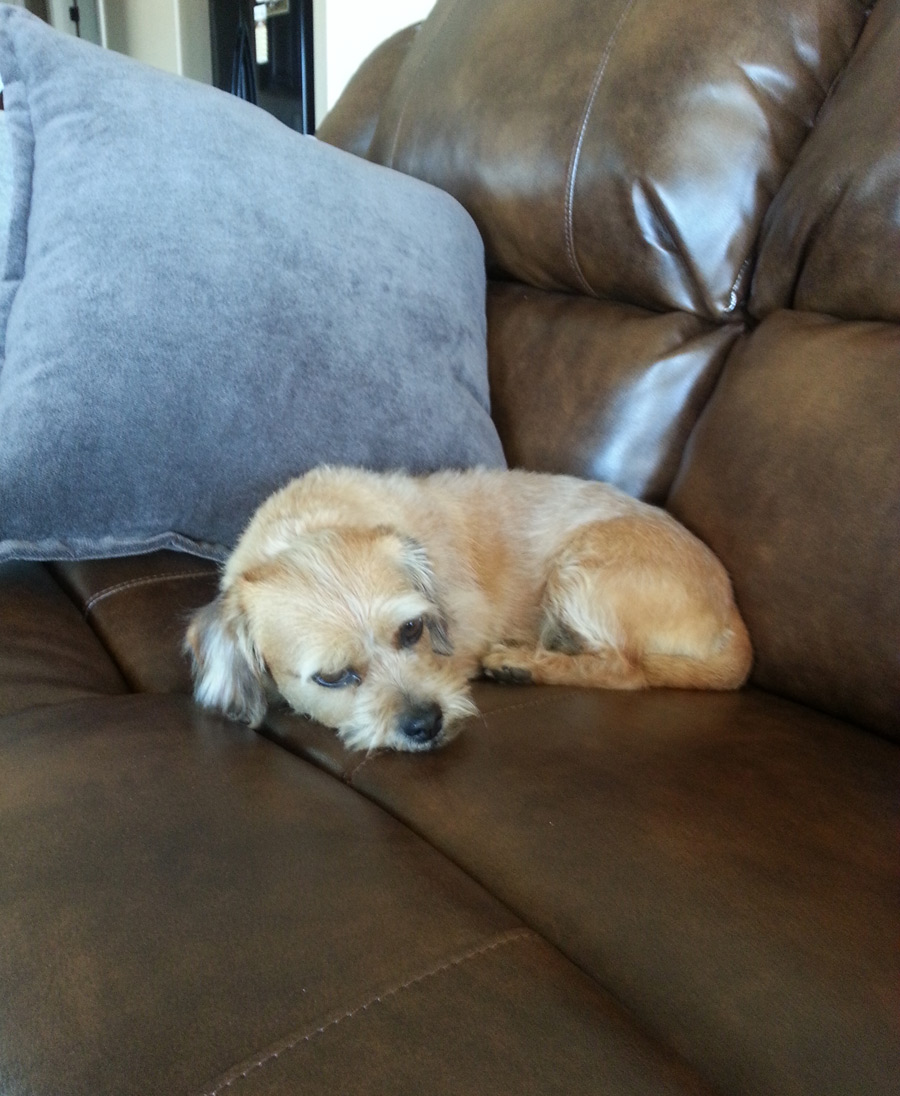 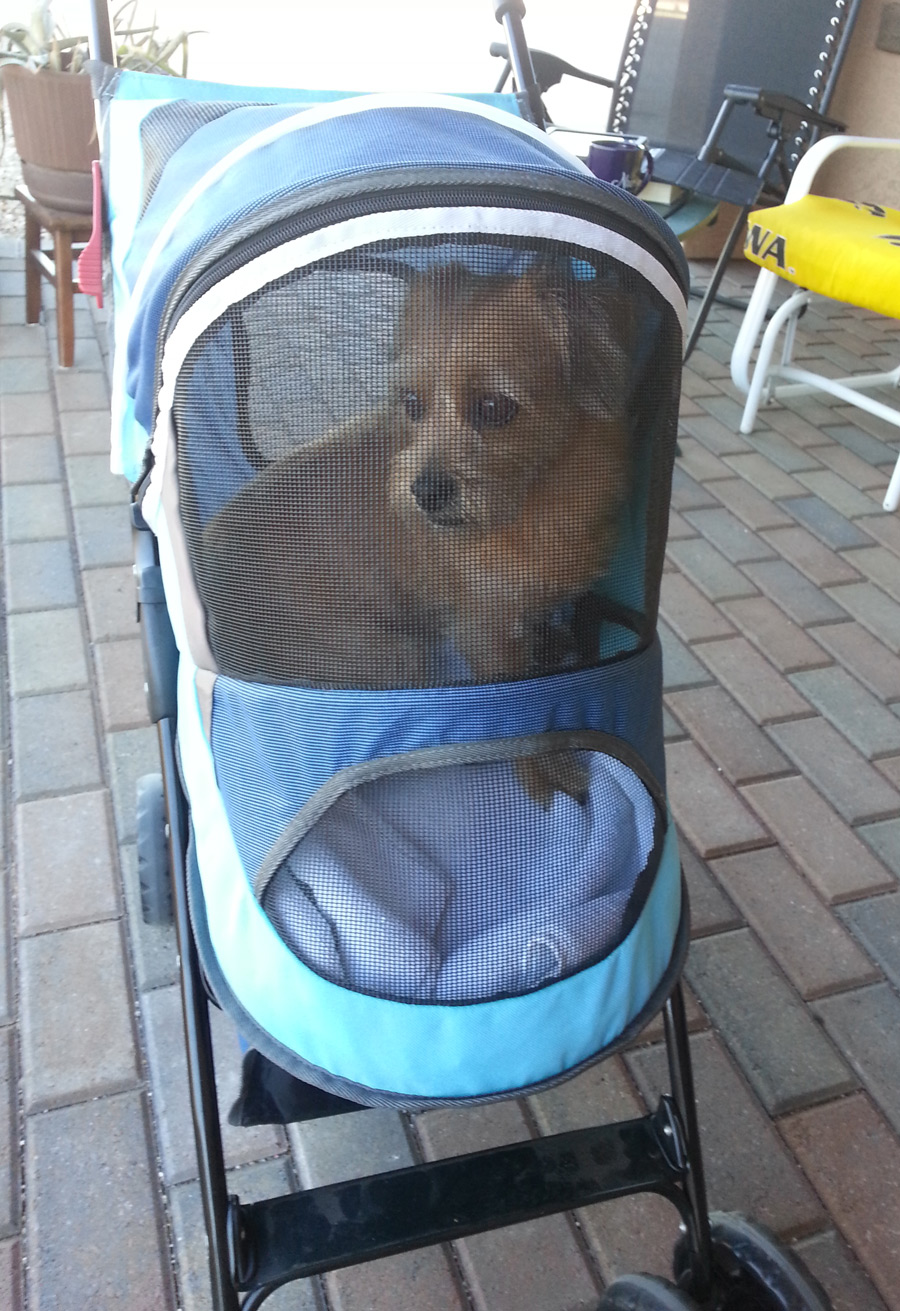 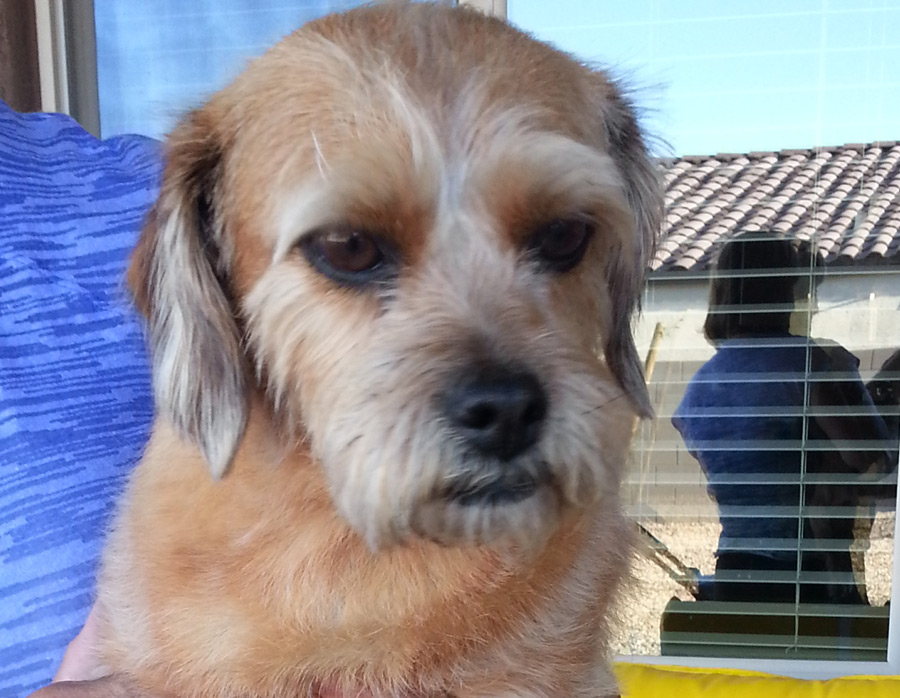 Sophie’s friends were jealous that she was going to be on DogPerDay, so they wanted in on the deal, too… 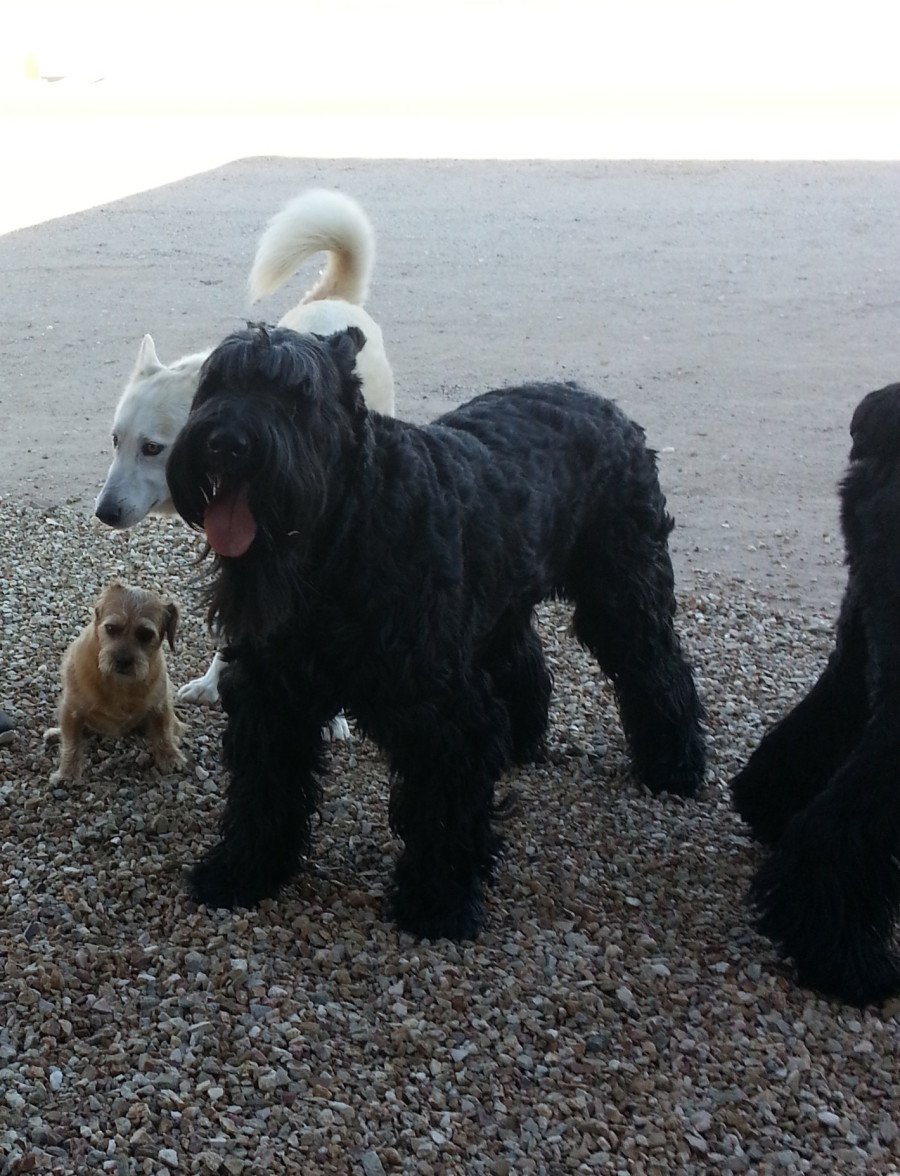 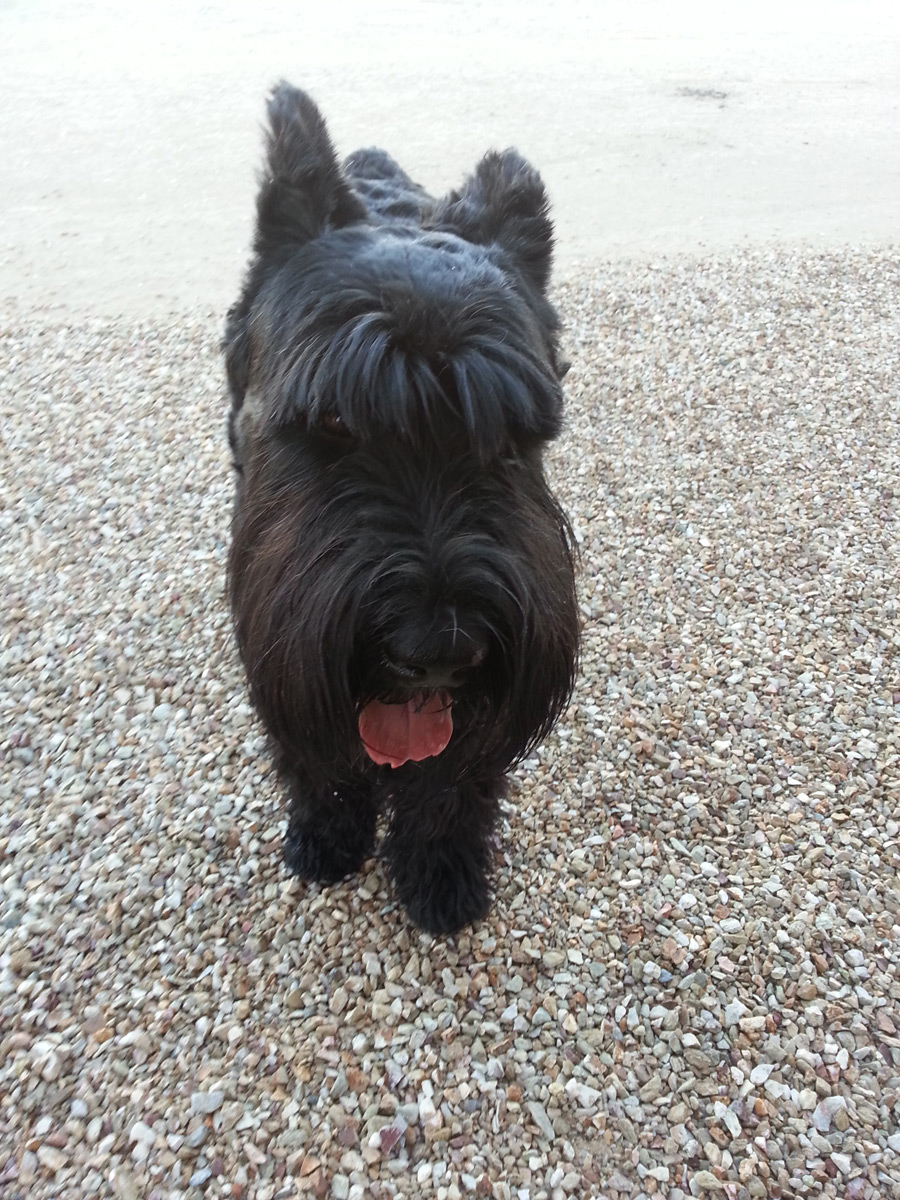 My dog’s name is Lana. She will be three years old on November 27th. She is an English springer spaniel. She is gentle, loving, and... END_OF_DOCUMENT_TOKEN_TO_BE_REPLACED

Caleb is a funloving boy that loves hot dogs and belly rubs. He is a sweet boy that is one quarter Great Pyrenees, one quarter... END_OF_DOCUMENT_TOKEN_TO_BE_REPLACED

As animal-lovers ourselves, we understand how much you desire that your furry buddy’s health be in peak condition at all times, any season. That’s why... END_OF_DOCUMENT_TOKEN_TO_BE_REPLACED

Baby Girl is a lab mix who loves to cuddle and lick your face. She loves being in your lap and giving hugs. Also pictured... END_OF_DOCUMENT_TOKEN_TO_BE_REPLACED

This is Finnley! He just turned five months and is a Golden Retriever. Finn is the sweetest pup and absolutely loves playing with his sister,... END_OF_DOCUMENT_TOKEN_TO_BE_REPLACED

We got our Blue Heeler, Pepper a sister as a playmate… Foxy! We were fortunate enough to rescue her from a very friendly foster family.... END_OF_DOCUMENT_TOKEN_TO_BE_REPLACED

Coco is my Chocolate Lab, nearly six years old. She loves food and loves to play with the family. She also loves playing with other... END_OF_DOCUMENT_TOKEN_TO_BE_REPLACED

Magnum is a 13 year old Brittany. He loves to go hunting and catch those birds! His favorite toy is definitely his orange frisbee. Magnum... END_OF_DOCUMENT_TOKEN_TO_BE_REPLACED

Bathing once a month works for most breeds of dogs. However, you may have to do this more or less often, depending on your pet’s... END_OF_DOCUMENT_TOKEN_TO_BE_REPLACED

My dog’s name is Lana. She will be three years old on November 27th. She is an English springer spaniel. She is gentle, loving, and perfect. Submitted by Sharon C. Facebook Twitter Pinterest Email  END_OF_DOCUMENT_TOKEN_TO_BE_REPLACED