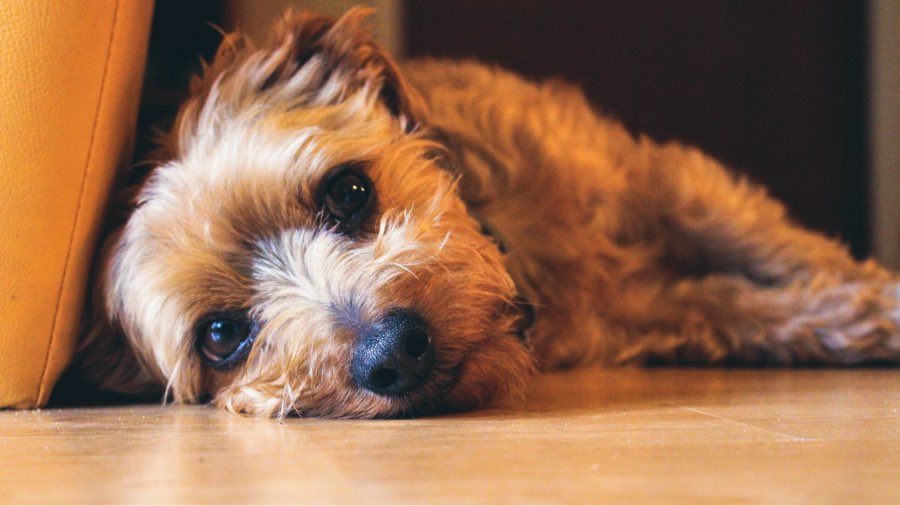 Just like humans, dogs can indeed suffer from Post Traumatic Stress Disorder after experiencing a shocking event. But how can you identify PTSD in dogs? What are the causes? And most importantly, what are the treatment options for PTSD in dogs? Let’s find out.

Causes of PTSD in Dogs

The causes of PTSD in dogs are quite similar to the ones found in humans suffering from this condition. They mostly include traumatic experiences that are easily recognizable. You would definitely know if your dog has gone through any of these situations: Military or police work: dogs that work for the military or the police can develop PTSD. Detecting bombs, tracking down criminals, and sniffing out missing persons can be triggers for this condition in dogs. Of course, experiencing traumatizing events such as bombings, shootings or losing a partner are major triggers too. Just like with humans, military and police work are one of the main causes of PTSD.

Accidents: traumatizing events such as car accidents can also result in PTSD in dogs.

Natural disasters: experiencing a natural disaster such as hurricanes, tsunamis, earthquakes and floods can trigger PTSD in dogs. This can happen as a result of the disaster they experienced or because they were stranded or separated from their family.

Loss: experiencing the loss of a loved one is one of the most known causes of PTSD both for dogs and humans. When a dog loses their pet parent or someone they truly love from their family, they can develop PTSD as a result.

Abandonment: as sad as it sounds, dog abandonment happens more often than we wish it would, and it is one of the causes of PTSD in dogs. This condition can also develop after the dog is forced to live as a stray.

Animal attack: if a dog suffers from an attack by either another dog or a different animal, this can lead to PTSD. That’s right, being bitten by another dog can have severe emotional and psychological effects on your pup.

Being raised in a puppy mill: puppy mills are a huge problem to our society nowadays for multiple reasons, one of them being the trauma it can cause both for the newborns and the exploited mothers.

Lack of socialization as a juvenile: dogs who didn’t learn how to socialize with other dogs or people when they were puppies can develop symptoms similar to the PTSD experienced in humans when exposed to these situations. Dr. Liz Stelow, chief of service of Clinical Animal Behavior Service at the Veterinary Medical Teaching Hospital at the University of California, Davis, claims that many dogs who have never experienced any of the PTSD causes mentioned before, can still develop anxiety and phobias due to the lack of juvenile socialization.

Signs of PTSD in Dogs

The problem with PTSD symptoms in dogs is that most of the symptoms can also be associated with other conditions such as stress or separation anxiety. The best way to clearly identify if these signs are caused by PTSD is to combine them with their causes and have your dog seen by an animal behaviorist.

But we’ll get to treatment and diagnosis when the time’s right. First, let’s review the most common signs of PTSD in dogs:

Aggressive behavior: dogs who suffer from PTSD can display aggressive behavior in multiple situations, such as being frightened due to a trigger that reminds them of their traumatic experience. For example: being forced out of their comfort zone or interaction with other dogs or humans.

Flee: dogs with PTSD can run off whenever they feel uncomfortable in a certain space or around certain people. This sign is extremely dangerous because your dog won’t think before fleeing, they will simply run away without considering that they might get hit by a car or get lost from their home. Hyper-vigilance: dogs who are hypervigilant are always on alert. They never seem to relax and be fully calm. This can happen all the time or just when you take them out of their comfort zone, or take them somewhere that might remind them of their traumatic experience.

Sleep disruption: just as it can happen to humans, dogs who suffer from PTSD can have trouble falling and staying asleep.

Decreased interest: another sign of dogs with PTSD is a decreased interest in activities, toys, foods, or places they used to love. If your dog used to have a great time at the park, and now they seem uncomfortable and just want to go home, it might be a sign of PTSD.

Hiding: dogs with PTSD tend to have a hiding spot they run off to whenever they are triggered and start to feel anxious. This can be under your bed, behind a piece of furniture, or under a table.

Avoidance behavior: when a dog with PTSD is feeling uncomfortable, they might show avoidance behaviors that mean they want to leave, such as hiding, staying still, or jumping up and pawing their pet parent.

Physical signs: PTSD in dogs can also manifest as physical signs that can easily be confused as symptoms from another anxiety condition, such as urinating and defecating inside the house, howling, shaking, pacing, panting, barking, whining, tucked tail and/or pinned back ears.

Treatment of PTSD in Dogs

Treatment of PTSD in dogs typically includes a combination of both medical and behavioral treatment options.

The main behavioral treatment used for dogs suffering from PTSD is called desensitization. This therapy consists of exposing the dog to a low level of the feared stimulus in a controlled and safe environment. As time passes by, the level of stress the dog is safely exposed to starts to increase. The goal of this therapy is to help the dog build tolerance for the trigger that makes them feel that way. The pup will hopefully learn that the presence of that stimulus will not be followed by an unpleasant or dangerous situation.

Desensitization therapy is also commonly accompanied by counter-conditioning. This process will change the bad perception the dog has of a stimulus or situation into a good one. This can be accomplished by including the presence of objects the dog actually likes, such as toys, treats, play and/or praise. The best treats to use for PTSD treatment for dogs are calming chews for dogs. You can use them for counter-conditioning and positive reinforcement training, while also supplying your pet with the benefit they provide: naturally calming them down.

Both of these PTSD treatment techniques should be supported by mental stimulation, playtime with well-socialized dogs, daily exercise, and positive reinforcement training.

The medical treatment for dogs with PTSD will depend on the intensity of the symptoms. The most common drugs prescribed for dogs with PTSD are anti-depressants and sedative drugs. But you should never provide any of these medications to your dog by yourself, you should only do so under vet recommendation since they may have serious side effects.

One last but truly important factor in the treatment of PTSD in dogs is patience. Your dog won’t get better overnight. This is a process, and it should be accompanied by love and patience. 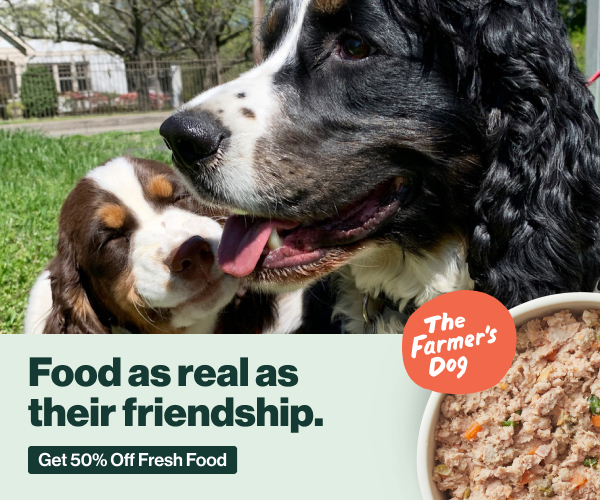 If your dog has Cushing’s disease, an overproduction of cortisol (cortisone) in the animal’s body, it is essential to refine his or her diet immediately.... END_OF_DOCUMENT_TOKEN_TO_BE_REPLACED

Do you travel quite often and have you always had to make arrangements for someone to take care of your dog while you are away?... END_OF_DOCUMENT_TOKEN_TO_BE_REPLACED

Coco is an eight month old Sheltie. He is high energy, playful, friendly, and loves to play fetch. He enjoys relaxing at the feet of... END_OF_DOCUMENT_TOKEN_TO_BE_REPLACED

Animal photography never goes out of style. People are especially fond of dog pictures since they capture the true essence of our loyal pets. Experts... END_OF_DOCUMENT_TOKEN_TO_BE_REPLACED

Layla is a sweet girl. I took these pictures of her. She is an American Staffordshire Terrier and Labrador mix. She is one year old.... END_OF_DOCUMENT_TOKEN_TO_BE_REPLACED

Here are my two dachshunds when they were puppies. Hershey and Coco (the one sleeping). They are both long-haired miniature dachshunds. The other photo is... END_OF_DOCUMENT_TOKEN_TO_BE_REPLACED

You’ve finally signed up for doggy daycare. You go to work with a smile because you know Fido is in good hands at his new... END_OF_DOCUMENT_TOKEN_TO_BE_REPLACED

Owning a pet is like owning a child. You need to be responsible for its health and well-being. If you are new in Singapore and... END_OF_DOCUMENT_TOKEN_TO_BE_REPLACED

Having a dog you love to be with is one of the best things in the world. A dog can bring so much happiness into... END_OF_DOCUMENT_TOKEN_TO_BE_REPLACED

If your dog has Cushing’s disease, an overproduction of cortisol (cortisone) in the animal’s body, it is essential to refine his or her diet immediately. Your dog’s dietary needs are going to change and it’s important... END_OF_DOCUMENT_TOKEN_TO_BE_REPLACED

The Best Way to Find Pet-Friendly Apartments in Colorado Springs