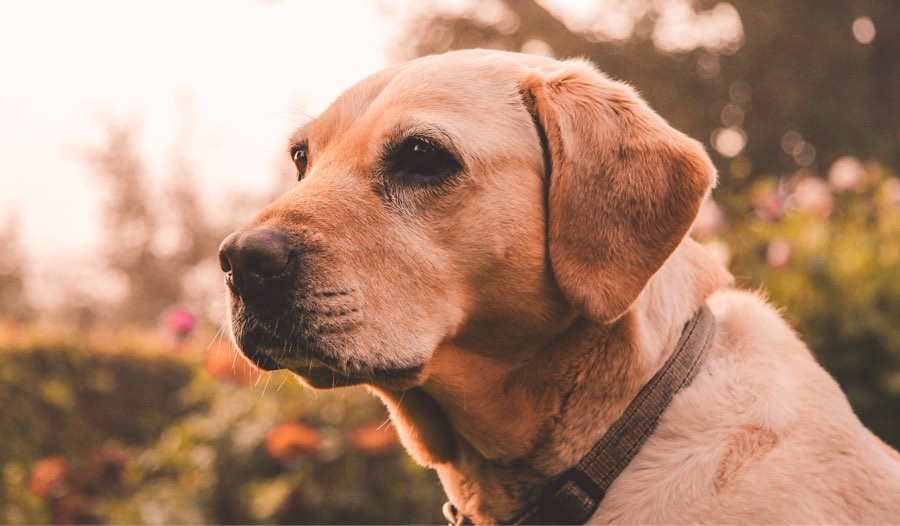 Finding the perfect dog for yourself, your family, or a specific task can be a long process. There are many breeds and even more mixes. However, familiarizing yourself with the traditional look, personality, and health profile of the most popular dogs can be a good place to start.

It’s also worth noting that many mixed-breed dogs will retain some, if not all of the traits found in the breed that makes up most of their genetic profile. This applies to both positive traits, like the ease of training or long life span, as well as negative traits, like the likelihood of respiratory issues and how likely they are to run.

The following list elaborates on the most recent iteration of the AKC’s most popular breeds list. This list takes into account all of the purebred puppies registered with the AKC. In addition to basic information about the size of the breed, their temperament and any common health problems are also noted below.

The Labrador Retriever has been the undisputed most-adopted dog for the last decade. There’s more than one reason for that popularity. Labrador Retrievers are a working dog that was originally bred as a hunting companion. As a working dog, they are often rated as one of the smartest and most obedient dog breeds.

On average, the Labrador Retriever will live up to 12 years. They can be a light blonde color, black, or a dark brown color, traditionally. The ideal for a Lab is to weigh about 70 pounds, though males can weigh a bit more.

Due to their working-dog personality, Labrador Retrievers make excellent companions for long runs or games of fetch. They have relatively few health problems as long as they are kept fit.

German Shepherds are similarly sized to Labs, weighing in at about 70 pounds for females and up to 90 pounds for males. They’re about 2 feet tall at the shoulder, require weekly brushing, and need a lot of exercise. As another working dog, the German Shepherd is also eager to learn and please. They excel at herding more than retrieving. 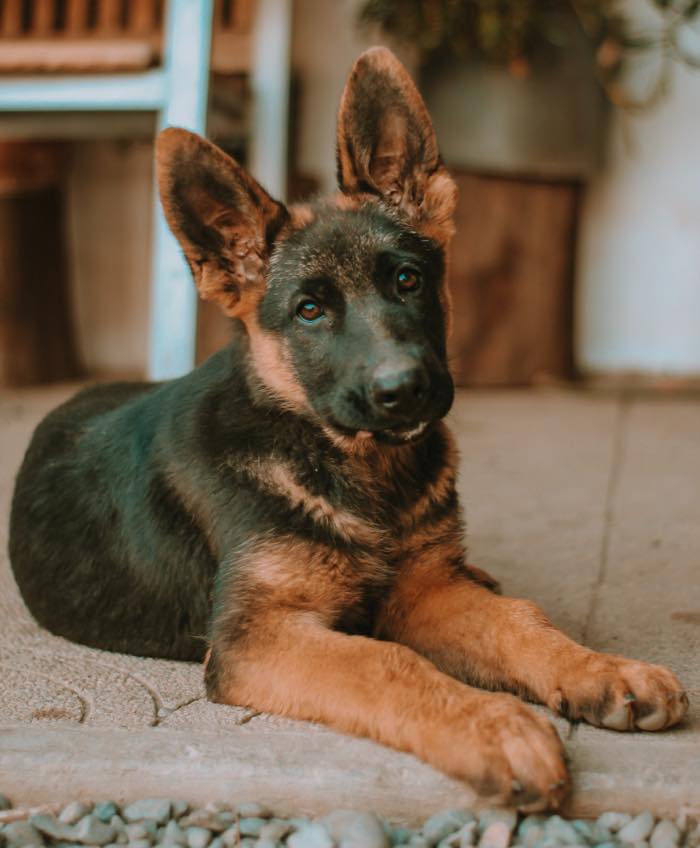 Unlike the Labrador Retriever, a German Shepherd is less open to strangers and may be “slow to warm up,” though this can be mitigated if they are exposed to a lot of different people and animals while they are young. These dogs tend to live up to 10 years.

German Shepherds have a few breed-specific diseases to watch out for. The number one health concern is hip dysplasia, a condition where the ball of the hip may not fit properly into its socket. The only official treatment is surgery, though keeping the dog moderately active and within its goal weight can alleviate the most problematic symptoms. This is a condition that many puppies are born with, though it may not be detected until they are older.

The Golden Retriever is another working dog known for its smarts and good disposition. These dogs are frequently described as “happy” and “friendly.” For these reasons, the Golden Retriever, or “Golden” is often chosen to be trained for search and rescue positions, or as a guide dog. 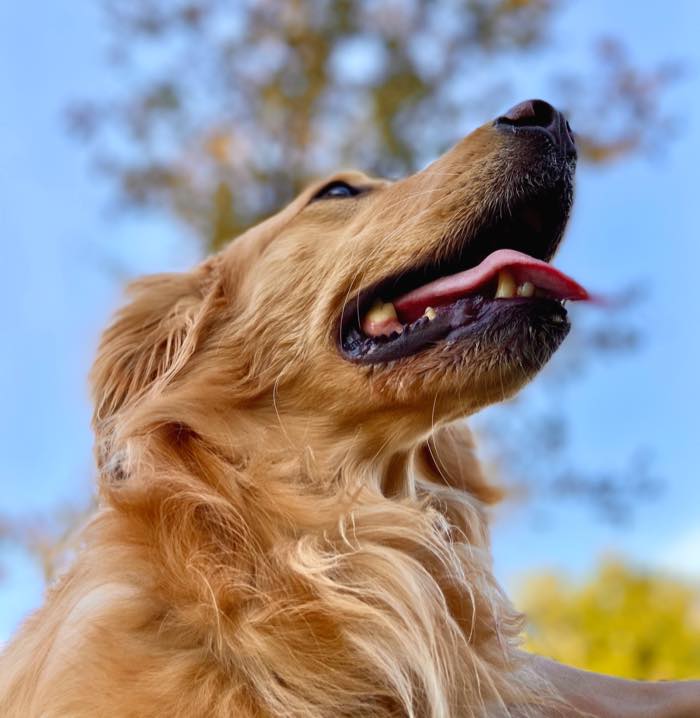 Goldens have a somewhat long coat and require a quick daily brushing to be at their best. Their coat is longer than many other retrievers as they were originally meant to be “water dogs” and retrieve prey from ponds and lakes. The longer hair helped them stay warm in cold water.

This breed weighs about 60 to 70 pounds, with little size difference between males and females. They can live for 12 years or longer if well cared for and with the right genetics. For similar reasons, it’s important to choose a responsible breeder with no health-history of genetic illnesses like dysplasia of the joints or heart diseases, as these are the most common illnesses that affect Golden Retrievers.

French Bulldogs, also affectionately called “Frenchies,” are very similar to the standard Bulldog in appearance, though they have very different temperaments. French Bulldogs are excellent watchdogs, and very quiet compared to many other small dog breeds. They have large, erect ears and spend a great deal of time simply being “alert.” 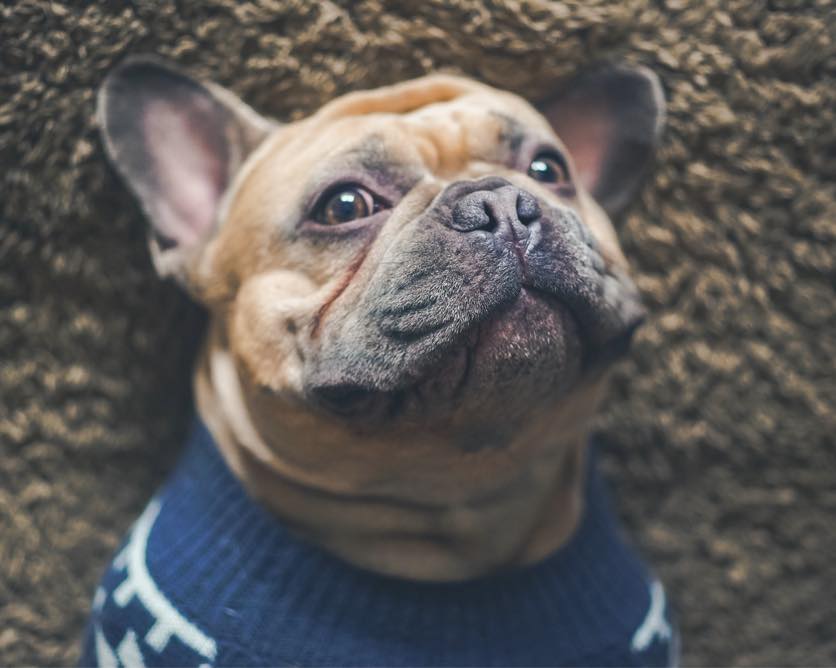 At an average of about 25 pounds, but only 12 inches tall, the French Bulldog is very compact. They are also rated as very playful by many owners, and their short coats require very little grooming. Wiping them down with a warm, damp cloth can help keep their shedding under control.

While the shortened face or snout is a trademark of sorts for the Bulldog breeds, it also results in many respiratory issues for these dogs. All French Bulldogs make a few snorting or grunting sounds due to the way they are made. However, if your dog ever seems habitually short of breath it’s worth it to get dog insurance to ask the vet more questions about possible treatment.

However, French Bulldogs are the least likely of all Bulldog-like breeds to be strongly affected by these issues. High altitudes can aggravate breed-specific breathing problems in Bulldogs.

Whether they’re called Standard Bulldogs, English Bulldogs, or just Bulldogs, this breed is noted to be loyal, calm, and dignified. Bulldogs require just a little light exercise each day, though their diet must be closely monitored as it’s easy for them to put on weight and this weight can aggravate any breathing issues. 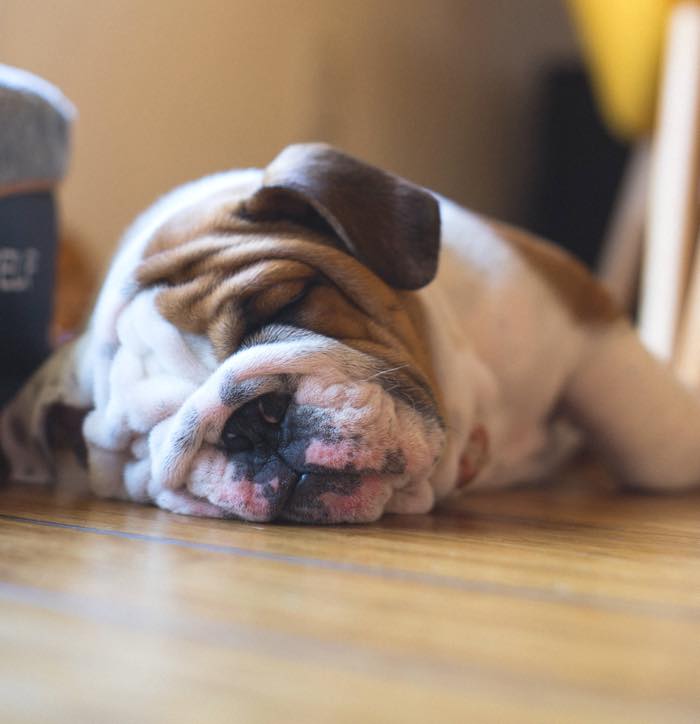 Bulldogs can weigh up to 50 pounds but are only a little over a foot tall. They live as long as 10 years if well taken care of. Their coats are short, but they do shed somewhat and a quick wipe-down with a warm, damp cloth may do more than a brush.

Currently, about half of all Bulldogs have brachycephalic syndrome to varying degrees. This means they have a little too much soft tissue in their upper airways and it interferes with their ability to breathe. Most of what determines which dogs will have severe trouble with this syndrome is genetic. If or when you are working to pick out a Bulldog puppy, ask to observe the parents. Larger nostrils are a good sign, excessive panting is not. 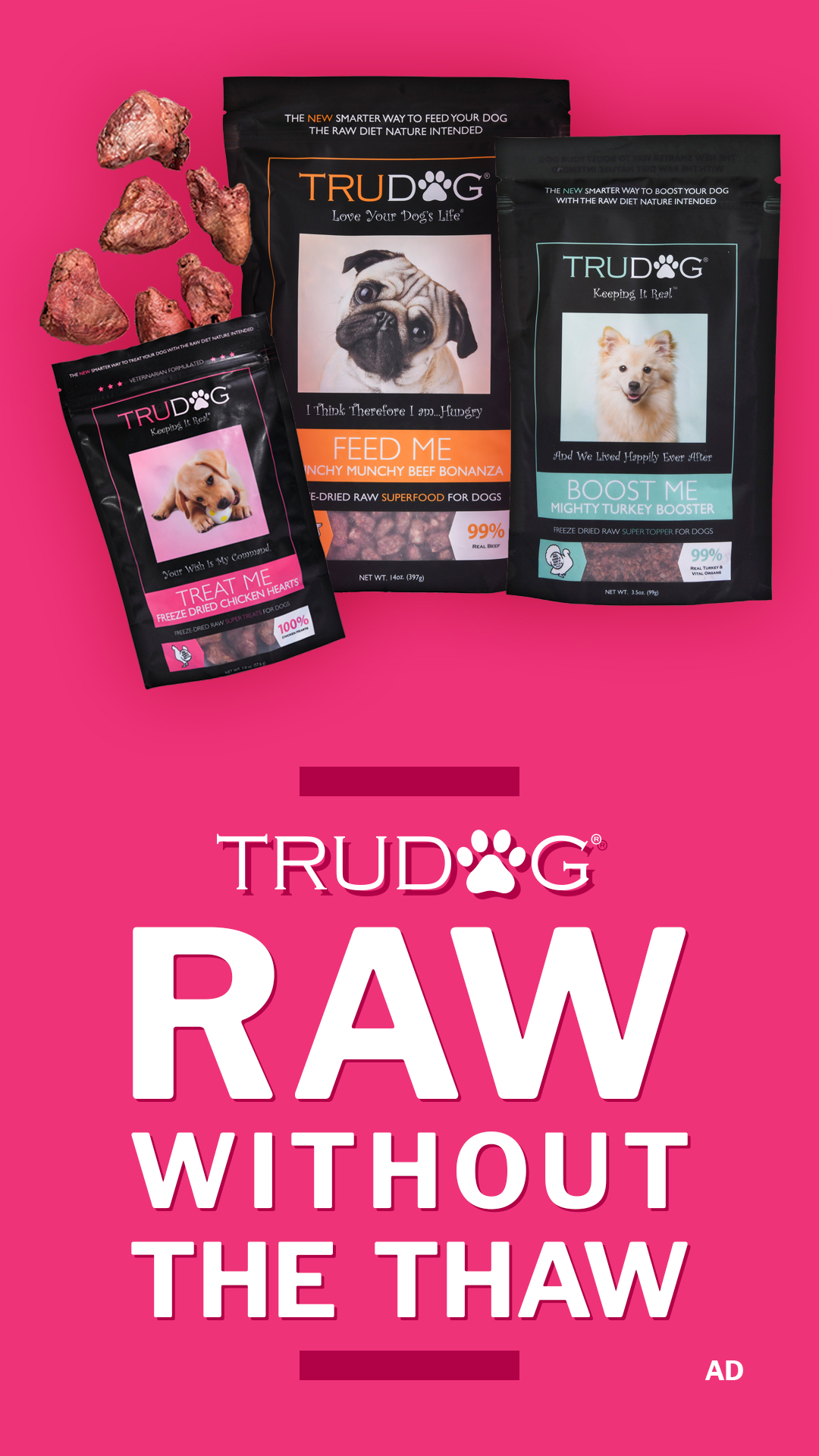 Want to pamper your pup with a healthy gadget? There are a lot of gadgets on the market that claim to improve your dog’s health.... END_OF_DOCUMENT_TOKEN_TO_BE_REPLACED

All dogs have an instinct to chew, and responsible pet owners will want to take care of their furry companion’s teeth, while encouraging the natural,... END_OF_DOCUMENT_TOKEN_TO_BE_REPLACED

According to the American College of Allergy, Asthma, and Immunology, as many as 15% of people in the United States have some form of pet... END_OF_DOCUMENT_TOKEN_TO_BE_REPLACED

Many people believe that dogs need a lot of space to run around in order to be happy. But is that really true? Can dogs... END_OF_DOCUMENT_TOKEN_TO_BE_REPLACED

People who don’t have dogs don’t understand just how important they are. The cliche is that they’re our furry little kids, our constant and most... END_OF_DOCUMENT_TOKEN_TO_BE_REPLACED

When it comes to sharing food with your canine companion, there seems to be a common misconception that “dogs shouldn’t have table scraps.” While you... END_OF_DOCUMENT_TOKEN_TO_BE_REPLACED

Dogs are prone to allergies just like people are. In fact, according to the American Kennel Club, allergies are one of the most common health... END_OF_DOCUMENT_TOKEN_TO_BE_REPLACED

There are hundreds of dog breeds in the world, with different breeds recognized by different organizations. Choosing which breed to get is one of the... END_OF_DOCUMENT_TOKEN_TO_BE_REPLACED

One of the most common issues that loving owners have with their dogs is fussy eating. Some dogs can be picky, while others are simply... END_OF_DOCUMENT_TOKEN_TO_BE_REPLACED

Want to pamper your pup with a healthy gadget? There are a lot of gadgets on the market that claim to improve your dog’s health. But which ones are worth your money? Here are five dog... END_OF_DOCUMENT_TOKEN_TO_BE_REPLACED