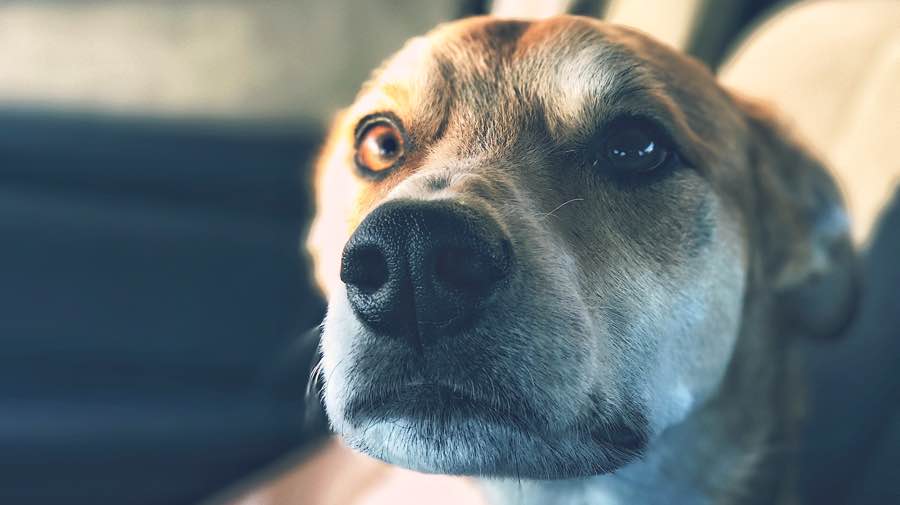 If your dog bites someone, you may be legally liable and it can be traumatic for everyone involved.

If you’re a dog owner, and you believe your dog displays aggressive behavior, it’s important to understand what’s causing it. You can then try to remedy the problem, although you might need professional help to do so.

The foundation for remedying a dog’s aggression is understanding the type of aggressive behavior they display. The following are some of the types of aggression that dogs can exhibit. 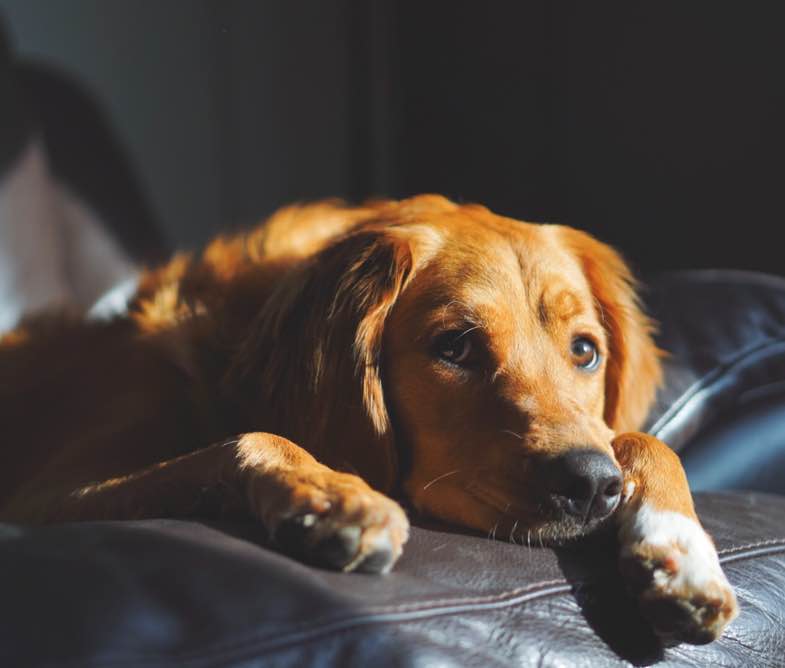 With dogs, fear aggression is usually the most common type.

When a dog has fear aggression, they will usually behave in a certain way because they’re trying to stay on offense rather than defense. They will become offensive to whatever is triggering them, and that is done to give themselves distance from what they perceive as the threat.

A dog may display fear aggression toward other dogs or people, but also inanimate objects such as vacuum cleaners.

Fear aggression may occur along with avoidance, as the dog tries to escape from the trigger.

Sometimes when a dog has fear aggression, just getting more exercise may help with the issue. When dogs get enough exercise, it gets rid of their extra energy and helps them have a healthy mindset, much as is the case with humans.

Dogs may become aggressive if they feel they’re trapped or cornered. Something that can also trigger fear aggression is physical punishment. A dog might at first cower, and then attack if they think someone threatening is reaching for them.

Characteristics of fear aggression can include fast bites or nips.

This kind of aggression can be significant, and it usually happens either in their owner’s home or the property surrounding the home.

If a dog feels that someone in their family is hurt or is in danger, then protective aggression can occur.

A dog sees this as protecting one of their own. It can include not only protecting their human family but also other animals.

In a dog with no previous history of aggression, protective aggression can occur when she has puppies.

Another example can occur if you bring a human baby home. Your dog may want to protect the new baby aggressively.

Much like territorial behavior, with protective aggression, it usually appears as dogs turn anywhere from one to three years old.

For example, signs of this aggression may occur when another animal gets near your dog’s food bowl. 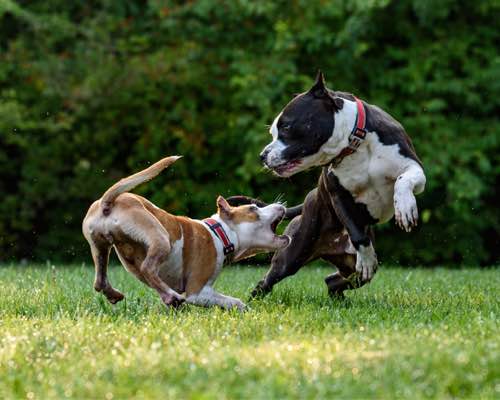 A dog who believes himself to have a higher status than other pets in the home, for example, might show social aggression. If a dog feels like another pet has done something that crosses the boundary they may react with aggression.

For example, if you have two dogs, one who feels it’s higher in status may behave aggressively when the other dog takes its food away or when you pay attention to the other dog.

Finally, if a dog wants to get something that it finds exciting or appealing, and it’s held back, it may exhibit signs of frustration aggression. Children often behave in the same way when they get frustrated — they lash out.

A dog who is held back from approaching what it wants may turn aggressive toward whatever it views as holding it back, or whoever.

Sometimes when dogs display frustration aggression, they might start to link any sense of restraint with frustration. That can lead to any situation involving restraint to then mean aggressive behaviors from the dog.

Knowing the type of aggression your dog displays isn’t going to cure the problem, but it gives you a starting point. You can start learning the triggers of your dog’s aggressive behavior so you can work toward solutions.

Althea is an eight month old Bernese Mountain Dog. She loves sleeping, playing tug-of-war, and people! She thinks she’s a lap dog and loves to... END_OF_DOCUMENT_TOKEN_TO_BE_REPLACED

Suzy is a five year-old Golden Retriever who likes nothing more than sleeping and ice cubes! She was chosen as a surprise birthday present for... END_OF_DOCUMENT_TOKEN_TO_BE_REPLACED

Soft and Maple are brother and sister. Here they are at five weeks old. In this picture it looks like they are holding paws! Submitted... END_OF_DOCUMENT_TOKEN_TO_BE_REPLACED

Hi, I am Gigi! I was only 10 weeks old in these pictures. I love cuddles, but I also love adventures and being playful and... END_OF_DOCUMENT_TOKEN_TO_BE_REPLACED

Taking care of a dog can be an absolute joy. Cleaning up after a dog…well, that’s a different story entirely. The problem being that once... END_OF_DOCUMENT_TOKEN_TO_BE_REPLACED

As the winter gets more and more extreme, people are buying coats and jackets for themselves, but have you ever stopped and thought, “What about... END_OF_DOCUMENT_TOKEN_TO_BE_REPLACED

We adopted Hallie when she was only a few months old. She became part of the family very quickly, and even moved across the ocean... END_OF_DOCUMENT_TOKEN_TO_BE_REPLACED

First of all, the most important thing is to not panic because there is always a way to get back your missing pet, whether it... END_OF_DOCUMENT_TOKEN_TO_BE_REPLACED